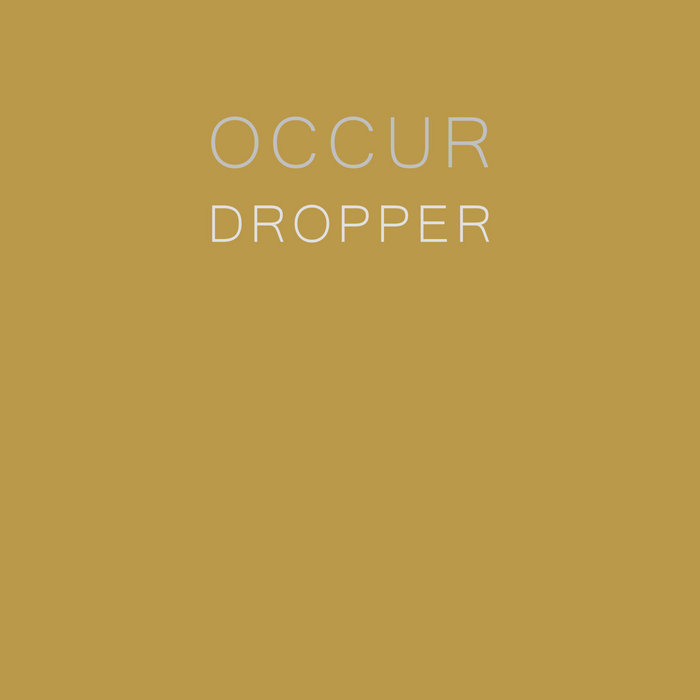 Dropper is the second EP released by Occur, issued out of chronological sequence due to the fact that it was recorded and subsequently released in August, 2017 for an emergency charity compilation, to raise money for hurricane and flood victims in Houston TX. Here, it finally sees physical issue, and a place in the OCR catalog proper.

Musically, Dropper bears some likenesses to Occur recordings that are not yet released - namely Topo (OCR5) and Range (OCR6) - in that it explores the band's more braindance side, with warbling acid lines, warm drum machine bounce and majestic analog synthesizer passages, doused in reverb. Dropper is the kind of recording that might have been found in a pile of lost DATs at Rephlex or Warp in the early to mid-nineties - emotive and spacious, while also remaining very rhythmic and dancefloor appropriate.

Like all Occur releases, Dropper was improvised live on a mostly analog hardware setup, without overdubs or computers. While this release exists in the Recycled Plastics OCR catalog, the band also maintains their own catalog at opacitycontrastresolution.bandcamp.com

Additionally, an ambient distillation/expansion of Dropper will be released as DOE at sister-label Psoma Psi Phi.