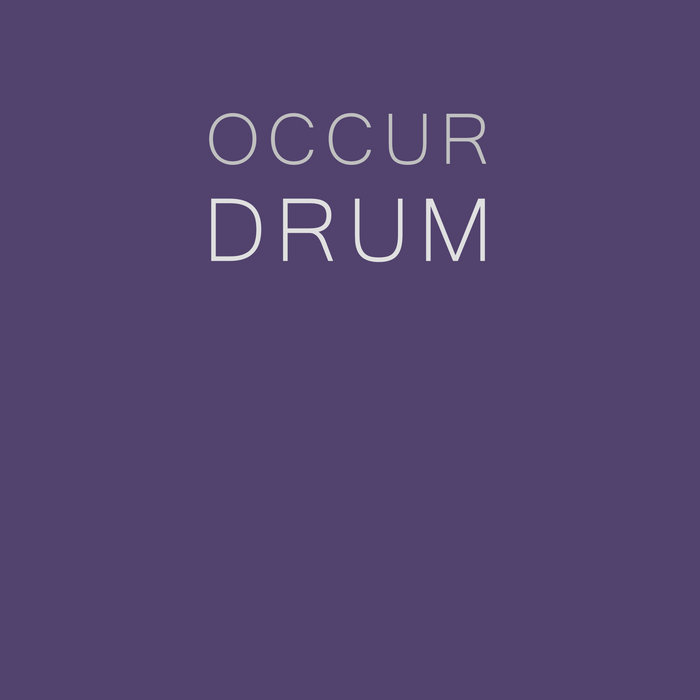 Musically, Occur exists as a proper collaboration should - live, in the moment, unplanned and improvised on a wide array of analog and digital synthesizers, drum machines, outboard FX and laboratory equipment. As such, Occur affairs tend to be tangential and sporadic across long-form runtimes, which are filled with bright prisms of color, dimly lit corners and everything in between. Taking influences from classic works by Aphex Twin, AE/Gescom, Pan Sonic and other early 1990s electronics, as well as more modern trailblazers such as Demdike Stare and Omit, Occur attempts to use both vintage and modern approaches to studio performance in an immediate and impulse-driven way.

On Drum, this wide range of styles is funneled into two tracks of rugged, heavy techno that themselves unfurl and melt away into ambient pools of imagined raindrops. Using a DJ turntable with such vinyl sources as African tribesmen, opera music, piano etudes and political lecturers from the 1960s, these sounds are heavily manipulated in realtime and played alongside a studio rig built for dub techno session work by Coppice Halifax (who was using the studio at the time). Indeed, Occur's initial session was something that simply materialized organically on its own, by virtue of both parties being present at that point in space and time. Occur literally just happened.

At present, there are already three to four subsequent Occur releases in hand, which are currently being mixed down and mastered. As Occur's artistic philosophy aligns strongly with Recycled Plastics' own mission, it only made sense to create the OCR subcatalog expressly for the band. Physical editions of Drum (and the following OCR releases) are forthcoming, pending materials needed to produce such editions. All physical versions will be exclusively available at Occur's own Bandcamp page here: opacitycontrastresolution.bandcamp.com