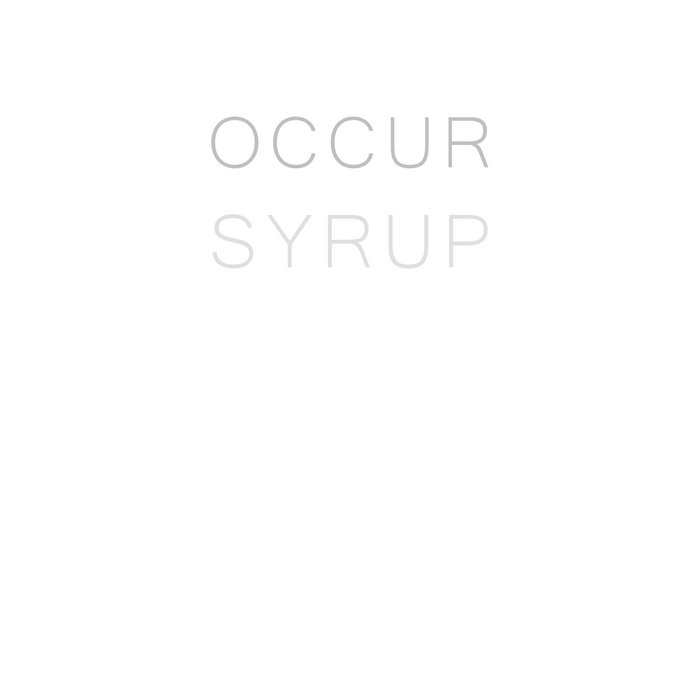 Syrup is the third official Occur release, and the band's full-length debut. Clocking in at just over seventy minutes, Syrup siphons out a colorful array of sound-play from a surprisingly minimal hardware setup. Improvised live, with no overdubs, on two analog monosynths, one analog polysynth and two analog drum machines, the recording sessions were subsequently finalized with one last coat of paint via software post-processing. Despite Dropper being released as OCR2, Syrup was in fact recorded directly after Drum, chronologically.

Sonically, Syrup shows Occur in a lethargic, almost drunken and drugged mode, with notable references to screwed-and-chopped hip hop, smoked out dub techno and psychedelic synthesizer jaunts that hang like discreet curtains in one moment, and fall down a flight of Berlin-school stairs in the next. Syrup is often a thick, foggy experience, wading through gelatinous oceans marked only by irradiated meteors crashing into the melting waves. Evident are the band's influences things like Autechre's Amber and Oversteps albums, Cylob's Cylobian Sunset, early Deepchord 12"s and platEAU.

In addition to Syrup, both ambient and beat-based reconstructions have been drafted from Syrup's sessions, and these will see independent releases following this issue, with the former at Psoma Psi Phi (www.psoma.space) and the latter at Recycled Plastics (www.recycled-plastics.net).